This game is incredible for some portions.I have been playing the game in Offline mode for roughly 5 hours now.

A lot of people will tell me "This is just Dead Island but with Parkour.. Which would be true, but the game's characters, the storyline, the various side-quests and unique random interactions make this game far more magical than Dead Island could ever hope to be.

The only issues I have so far is the day/night cycle. The Day/Night cycle is AWFUL. I'm sorry Techland, but it is! You would think it is tied to a real-time day/night cycle...but it's not! It is cleverly marketed as a "Dynamic Day/Night Cycle," which is SOMEWHAT true. It is dynamic in the sense that the zombies get super aggressive at night compared to during the day, but the entire DAY/NIGHT cycle is tied to quests. It does not become night until the quest says so. Don't expect to stand around and it to turn night-time. Doesn't happen! It will
be day-time forever as long as the quest dictates it will be.
But overall i would say its worth a buy and i havent either play the co-op yet and that looks a blast what i have seen on youtube
_________________ 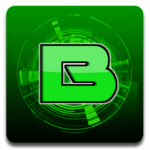 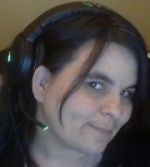 First rule when Writing a short review. Never say sorry to the publisher. its your opinion on the game and a valid point so yea xD


anyway, it does look good but I dunno if im going to get it with Hardline coming out and this server. maybe if i sell my ps vita i might do.

I really want it, despite all the negativity I've been seeing around it. I think it looks like it will be fun. Every game has issues at release. People don't make any sense with all their whining and complaining. It'll get better.. STFU! lol
_________________